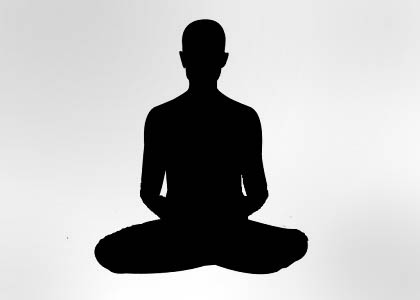 Regular practice of meditation leads us as individuals to a stage wherein we come to know that, (may call it ‘a part of us’ also), there is something in us which is unknown to ‘known’ in us. And despite its (i.e. unknown’s) perennially unfolding to ‘known in us’ there is no end to it. This stage may be called as stage of revelations.

Consider it as a gift from divinity in you, as after arriving at this stage you begin to value your Self irreversibly, because now you have first-hand experience that, there is something (pure and pious )yet unknown in you that deserves respect(love and reverence) from ‘known you’. You come to know real source of dignity. Nobody needs to teach or preach you now, that human dignity is inherent and sacrosanct.

Now, you can differentiate between superficially talked about human dignity and real human dignity. May be earlier you valued as well as ascribed your human dignity to preserve your social identity (read super ego). But now you value it in real sense, precisely as, ‘the personification of divine preserve through an individual manifestation’- that is you. You value yourself and hence others (and vice versa) for most obvious reason of having known the inherent worth, that is inseparable from your existence. Now, no one can snatch it from you, except you yourself,may be!